Bath switches on: festivities get under way in the city

Christmas arrived early in Bath as thousands gathered in the city centre to attend the famous annual Christmas lights switch-on event, this year sponsored by Jolly’s.

On 12 November Milsom Street’s Georgian buildings were lit up by multicoloured lights as music blared from the centre stage in the build-up to the switch-on. Despite the wet weather, Bath was bustling with people hoping to catch a glimpse of BBC Radio 4 presenter, Justin Webb, from the Today Programme team, and Bath Rugby’s Stuart Hooper who had the honours of doing the switch-on. The sporty twist to the switch-on was popular amongst University of Bath students and Webb, as Patron of the Bath Rugby Foundation, was an appropriate choice. Webb and the Bath rugby squad followed in the footsteps of Mary Berry, star of ‘The Great British Bake Off’, Camilla the Duchess of Cornwall and Hollywood’s very own Nicholas Cage.

The event commenced at 5.30pm, opening with a performance of ‘The Fade of City’ by Bath City College, followed by another by Bristol based singer-songwriter Jane Taylor. The performances delighted the crowd, who were also mesmerised by the spectacular light show put together by Bath company Enlightened. The Christmas lights switch-on is one of the highlights of Bath’s festive calendar and marks the beginning of the short wait for Bath’s Christmas market to begin. The lights themselves are being funded by the council and resemble glittering chandeliers in the hope of paying tribute to Bath’s past rich in culture and history.

Oldfield’s Councillor David Dixon, the council’s cabinet member for neighbourhoods, said: “This year’s Christmas lights switch on ceremony is set to put Bath on the map like never before.

“Bath and North East Somerset Council is proud to provide more than 70individual Christmas light features around the city centre, which make up this year’s magnificent display. The council is supporting the event in a bid to attract even more shoppers and visitors to enjoy what’s on offer in Bath in the run up to Christmas.”

The spotlight, however, was firmly placed on the recently refurbished department store, Jolly’s. The iconic store is one of the oldest department stores in Europe has been lovingly restored to its former glory by its present owners, House of Fraser.

“It seemed appropriate to celebrate the star of our own high street, Jolly’s is an institution in Bath” stated Andrew Cooper, Chief Executive of the Bath Business Improvement District which co-ordinates the annual event with the council.
Cooper added, “The switch on marks the start of the busiest time of year for our retailers. Bath is the perfect Christmas shopping destination with all the top high street brands as well as a host of great independents set in a beautiful heritage city.”

The switch-on was most certainly a success and the Christmas fever has definitely hit Bath, to the delight of the many retailers, going hand-in-hand with the recent agreement to extend their opening hours, between 8am and 7pm. 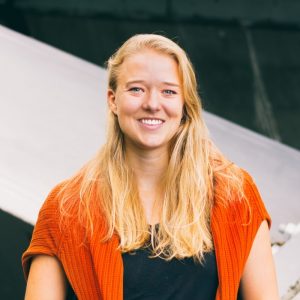