What to say when the NUS fails to condemn ISIS?

The useless and contemptible National Union of Students has decided against officially condemning the murderous and barbaric terrorist group Isis. An original proposal to boycott the fanatical Islamist organisation wasn’t passed and deemed to be “Islamophobic.” The block was led by Black Student’s Officer Malia Bouattia who came out with the astonishing statement, “we recognise that condemnation of Isis appears to have become a justification for war and blatant Islamophobia.”

The NUS has in the past boycotted the State of Israel, as well as UKIP. The NUS is awash with the most extreme and old fashioned leftist rhetoric – at times worthy of a good scoff of contempt. Despite all this bravado, one would do well to find one scrap of integrity, or one tiny piece of the smallest backbone in the NUS’s National Executive Committee (NEC) latest decision. I’m sure I’m not the only one who sees something wholly pathetic in condemning the political party UKIP, – which is comparatively benign and resembles less of a threat than Dad’s Army – but not the most evil and barbaric bunch of fanatical, genocidal Islamists, who are beheading men and enslaving women.

Daniel Cooper, who proposed the original boycott, has reacted to the block saying, “I have looked again and again at the contents of the motion, yet I cannot track any Islamophobia or racism.”

The motion notes that the ongoing crisis in Iraq has resulted in thousands of Yazidi Kurds being killed. It goes on to say, “the people of Iraq have suffered for years under the sectarian and brutally repressive dictatorship of Saddam Hussein, the US/UK invasion and occupation, the current sectarian regime linked to both the US and Iran, and now the barbaric repression of the “Islamic State” organisation,” and that, “rape and other forms of sexual violence are being used as weapons against women in Isis-occupied areas, while minorities are being ethnically cleansed.” The proposed resolutions looked mostly to work with other student campaigns, both internationally and within Iraq itself, and to encourage students to condemn Isis and boycott anyone who funds or supplies them with “goods, training, travel or soldiers”.

I’m not in the least bit surprised that Daniel Cooper couldn’t trace any racism in his proposal. Although the motion does feel a bit like it has been written by a member of a beret wearing Trotskyist group, I don’t think it could have been written in a more sensitive or politically correct way. Bouattia, – after winning her campaign – had said she will forward an alternative motion that “will in no way pander to Western imperialistic intervention or the demonization of Muslim peoples.” No doubt this corker left Cooper slightly baffled, seeing as the motion clearly states “no confidence or trust in US military intervention.” Cooper has stated, “There is a stranglehold of ‘identity politics’ on the student movement. “Essentially the idea is widespread that if a Liberation Officer opposes something, it must be bad.” I think Cooper’s got it. Does anyone genuinely believe that condemning Isis may come off as racist or Islamophobic? The term Islamophobic is utterly fabricated and meaningless anyway. It implies racism or bigotry, when in reality it means fear of Islam. There are certain things within Islam that most people would be scared of. What’s more, if you’re not terrified of the radical Islam exported by Isis, then you are either very stupid or haven’t watched the news for the past year.

The NUS NEC is in no way reflecting the views of students. They should be ashamed of the cowardly way in which they have behaved. For fear of being called bigots, the NEC of the NUS has abandoned any sense of integrity and has given in to the “finger wagging” “new Left”.

Do you agree with this opinion? To find out more visit www.bathimpactblog.wordpress.com for more on the issue. 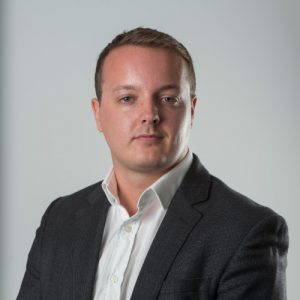