Ebola phobia: fuss over nothing?

Ebola is an extremely dangerous virus, spread by contact with blood or the bodily fluids of infected individuals. It is a disease with up to a 90% mortality rate, and with incredibly severe symptoms such as internal and external bleeding, decreased liver function and diarrhoea.

The most recent Ebola pandemic is predominantly spreading throughout the poorer regions of Africa. Over sixty percent of the infections in Guinea this year are believed to be due to insufficient or complete lack of protective clothing when dealing with infected corpses. It is commonly recognised that healthcare workers in infected regions are at greatest risk of contracting the disease; particularly when clean medical apparatus and equipment are unavailable, leading to increases in mortality and transmission rates.

There have been recent concerns about the spread of Ebola to the Western world. Just last week a cruise ship with one passenger who was rumoured, not even confirmed, to be infected was labelled a ‘floating petri dish’ and refused docking in two countries amid fear of global contamination. In addition, a bowling alley was closed without the US Department of Health and Health Services’ approval because of a potential contamination. In the US, panic appears to be spreading throughout the nation, with little justifiable reason.

It could be argued that much of the panic is due to the media’s reporting of the disease. With the amount of worldwide coverage of Ebola, it might surprise you to realise that the official worldwide total case number has only just breached 10,000 individuals. To put this into context, this means that the total number of cases is less than the number of students here at the university. What might surprise you even more is that only 27 of these cases have occurred outside of Sierra Leone, Liberia and Guinea. Though there is at present no proven cure or vaccine, it might also surprise you that it has been shown that with the correct treatment and isolation, the infected can be cured of the virus.

There appears to be, however, widespread panic about the Ebola virus. It is unreasonable to panic about safety when you take into consideration the above figures, yet many people in the United Kingdom are frightened about contracting the disease. The panic about Ebola may be due to media hyperbole and psychological bias. A particular bias, known as the ‘confirmation bias’, could explain why mass media coverage of this disease leads to group contamination panic. This bias is categorised as the tendency to prioritise the process of information that confirm your own beliefs. In the context of Ebola, this essentially means that if you do believe that Ebola is spreading, you are likely to see it in your everyday life more often. This, paired with something known as the ‘recency effect’, the idea that the ideas that you hear last are those which are most prevalent in your thoughts, means that as a result of increased media coverage many people are seeing Ebola in their everyday lives when it is not actually there, leading once again to unfounded mass panic.

Whilst Ebola is a deadly disease, it is important to remember the facts. There is a clear difference between awareness and panic. It is important for people to keep up to date with news concerning this disease, to understand it and to remain aware about exactly what is happening. Ebola is a perfect example of the effect that extreme poverty has on disease control, and instead of panicking perhaps people should instead be attempting to help and sympathise with those truly in need. 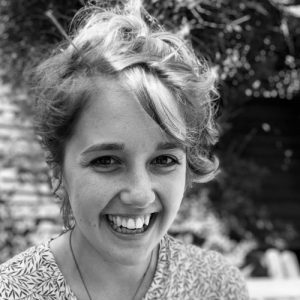 ISIS: ‘What if there is nothing behind it?’