On Thursday 9 February 2017, Eustachio Mitrano, a former University of Bath staff member, was sentenced in Bristol Crown Court having plead guilty to one charge of outraging public decency as well as three charges of making indecent pictures of children.

Between November 2015 and May 2016, Mitrano sat in various lounge areas of the University campus and filmed up women’s skirts. Twelve different victims were identified on the 123 videos that were found on Mitrano’s private computer. Apart from one, none of the females are recognisable in these videos.

What I find particularly concerning about this story is how little attention has been paid to it . This is a man who was employed by the University, and who abused of his presence on campus to violate female students and staff members.

His actions have put into question the extent to which the University campus is safe from harassment, and that issomething we should all hold as a matter of the upmost importance. The unfortunate reality is that no institution or public space is completely free from the risk of violence against innocent people, but in order to reduce that risk, it is our responsibility to talk about it openly, and raise awareness of its existence.

Yet the story has yet to be publicised by the University, and has already been forgotten by local newspaper the Bath Chronicle.

Upon reaching out to the University Press Office for a comment on the story, a University spokesperson told bathimpact that:

“We were deeply shocked and appalled to learn of the filming carried out by a former staff member. The safety and wellbeing of our students, staff and visitors is of paramount importance to us.”

However, the University seems to think that since the women cannot be identified, there is no need to alert students or staff to the issue. Admittedly, speaking out during the investigation and trial would have been disruptive to the legal process. But the lack of action following the sentence troubles us. When asked why the University stayed quiet about the issue, a spokesperson told us:

“One person was identifiable from the evidence obtained by police, a staff member, and they were informed. No other individuals were identifiable.” 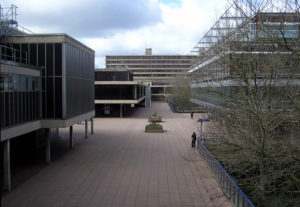 This is not a time when brushing a scandal under the carpet in order to shield students from an ugly truth is beneficial to all. While I understand that a story like this could be damaging to our public image, such a consequence should be secondary to the safety of students. Sexual harassment and violence is not only a topical issue for students, but sadly it is also a lot more frequent then we care to admit. In a case like this, a case where the victims are unrecognisable, every single woman who has stepped foot on campus grounds last year has reason to express concern.

As a female student, I want to be able to walk down campus without fear of being violated. More importantly though, I want to be reassured that my University will do everything in its power to ensure it never happens again. It’s not even clear whether the University was monitoring the trial.

In not speaking out about the incident, the University has failed to fulfil its responsibility of care, no doubt to avoid this bad publicity. I doubt its sincerity when claiming that the wellbeing of students is of paramount importance. In their statement the unnamed spokesperson said:

‘In addition to our dignity and respect policy and HR support to staff, we also provide a range of student support services, including a new wellbeing programme for students and a daily drop-in service providing welfare support. Any students who have concerns are encouraged to contact Student Services in the Roper Centre in 4West on the Claverton campus or via our website’

Well Spokesperson, that support begins with being open and telling us the truth.

Upon search of his belongings, Eustachio Mitrano’s – husband and father – appeared to also be in possession of 94 indecent images of children, which explains his second sentence.

According to an article in the Bath Chronicle, the result of his trial are as followed:

Not only was Mitrano awarded unconditional bail between the time of his arrest in early January and his court date in February 9 , but he has also managed to avoid jail time. His suspended sentence may be alleviated completely upon proof of good behaviour after two years.

And yet his sentence is not the focus of the issue. I do not know this man, nor do I know enough about the British legal system to make a judgement on the verdict. But I do know the University, and have entrusted them with my education and my safety during these three years. This story was a smoking gun that the University should have made public and dealt with from the beginning. After all, its responsibility to care is just as significant as its responsibility to educate, if not more.